A huge number of people who were in their teens or early adulthood in the early to mid 2000s were able to experience the phenomenon that was DanceDanceRevolution.

DanceDanceRevolution (often shortened to "DDR") is an arcade game with a 4-arrow pad and the notes on the screen that go with the music playing out of its speakers. Even those who don't recognize the name will likely recognize its description.

It has been around since 1999 and at one point was quite prominent in not only gaming, but also popular culture. However, it has since waned in popularity, although that probably has more to do with arcades being less popular as a whole than any failure of its own. Still, people continue to play it, and there are plenty of people who are super dedicated and have crazy in-home setups. Of course, there are also people who have a garbage plastic mat that they use to play the game on their PS2. That's how I started out playing DDR.

Why Play DDR At All?

These days, people who are really into the game play it on the computer using an open source DDR clone called StepMania. StepMania has been around for a very long time as well, I'm pretty sure since the early 2000s. It includes USB dance pad support, as well as support for keyboard if those who want to bastardize the original concept of the game by playing with their fingers. Despite its source code being in an almost abandoned state, the game still works flawlessly. StepMania is how I play DDR on my PC. 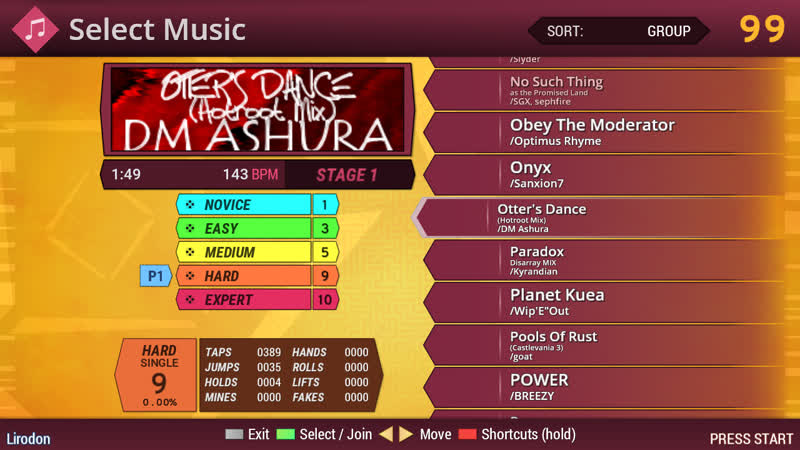 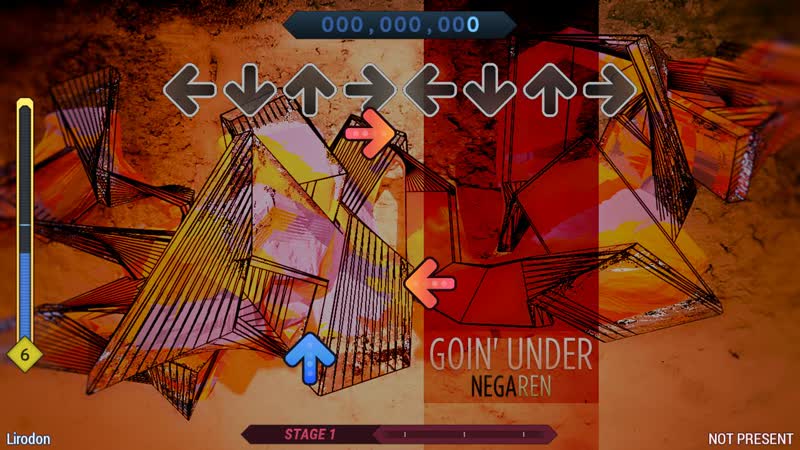 For pad hardware, there are a lot of options. Most people who started out playing on a console used shitty plastic mat pads which worked very poorly. If they were lucky, they had a slightly higher quality soft pad with foam in it. I got one of those at an overstock store for $5, but usually they're stupid expensive for what they are. Either way, for those who started out on a console, chances are they were using a really terrible soft plastic pad. I stuck with my foam pad made by DDRGame (a 3rd party manufacturer) for a long time, both when I was playing on PS2 and when I switched to StepMania on PC.

At a certain point, a soft pad will become too frustrating to use for higher level play. As players progress, they will start playing faster and faster songs, and their pads will start causing them issues. That's when they begin thinking about buying a hard pad, either out of a feeling of necessity, or a feeling of pure frustration with their current pad. Hard pads are significantly more expensive, good ones are well worth the price. There were several brands of hard pads back in the day, all very expensive and not particularly worth the price. Since about 2015 (I think), there has been a small Polish company run by a family and their friends called L-Tek that makes excellent quality hard pads out of metal and wood. 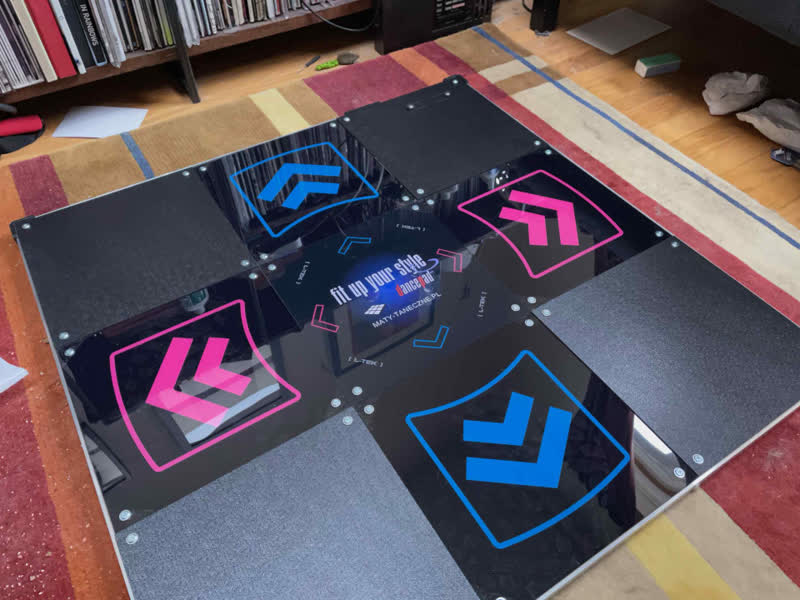 I got an L-Tek pad in 2021. They're reasonably priced at around $220, but after factoring in shipping from Poland to the United States and the payment processor fee, the price ends up getting much higher. When all was said and done, I paid $347 for mine. It sounds like quite a high price, but it's well worth the money for those who intend to play consistently and want to do high level play. The pad quality is very good, and will handle plenty of stomping without any issues. With one play session it will lose its nice shiny appearance though. Even so, it's a fantastic pad and well worth the money.

As players start passing faster and faster songs, they end up optimizing their foot movements to conserve energy, and their general movement area begins getting closer and closer to the center of the pad. Players attempting a 250bpm song are not going to be able to finish it if they're stomping on each note. With this natural progression, they're also not going to be hitting the arrows as hard, and additional arrow sensor sensitivity will be needed to accommodate increasingly optimized foot movements. This is where modding comes in. Many people who start doing very high level play end up modding their pads to increase sensitivity. Some people do what's called a "penny mod," which consists of placing pennies under pad contact sensors to make the distance they have to be pressed much shorter, thus increasing sensitivity. 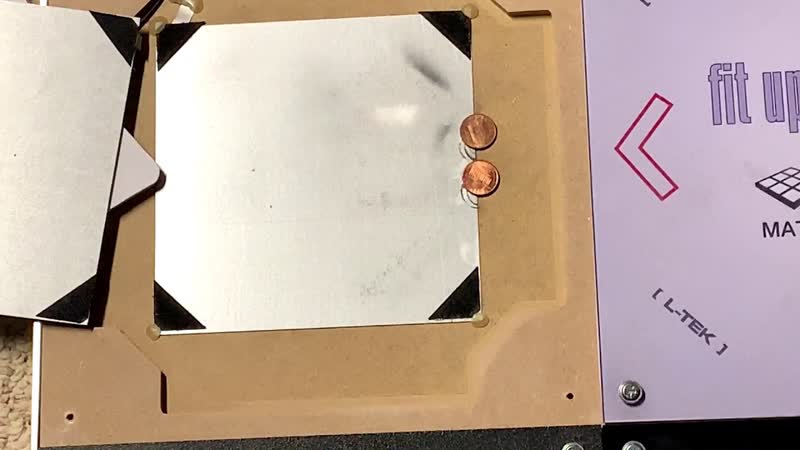 I think using actual pennies for this is ill-advised because it ends up damaging the contacts. However, some "penny mods" use different materials that are safer, like flat copper strips. There are websites that sell pre-made kits for this, but they are ridiculously overpriced. I've "penny modded" my own L-Tek pad using 2 note cards with aluminum foil wrapped over them for each arrow contact. This solution works pretty well, and is remarkably inexpensive. Others, however, may opt for more traditional sensitivity-modding techniques.

There are various specialized play styles that have been invented by the DDR community at large. The two main ones that people talk about are stamina and tech. Both of these play styles aren't DDR exclude; they can be applied to many other rhythm games as well.

Tech is all about hitting the notes as accurately as possible. I find this play style fairly boring compared to stamina.

When I mentioned high level play, what I was mostly referring to was stamina play. Stamina play is the act of playing incredibly fast and note-dense songs with very optimized foot movements. The goal is to pass faster and harder songs, hence the name "stamina." Actual score is mostly irrelevant, since the goal is mainly to just pass the song.

There's a pretty good video overview of this play style that I recommend everyone who is interested in the style should watch. It was created by a guy who specializes in this style, DomITG.

YouTube: What even is ITG Stamina? (FOOT WIGGLING IS NOT DDR)

I don't do stamina (yet), but I've been working on optimizing my form further so that eventually I can start doing it. It takes a lot of setup and learning curve though, since it requires a completely different type of movement compared to traditional play, and players have to make sure their feet can slide properly. This kind of play also requires a modded or custom pad because it needs a high level of sensitivity due to the players' feet barely hitting the arrows. Still, it's a very compelling way to play, weirdness notwithstanding.

DDR is a fantastic way to do cardio exercise and just wind down in a healthy way. It's a lot more fun than running since it has levels and challenges that are gamified, but it's also just a really cool hobby to get into. With the huge number of custom-made simfiles (song-to-arrow mappings), players aren't going to run out of songs to play, so they will always be entertained. For those who want to lose weight, or just want to make regular cardio part of their daily routines, playing DDR is a great way to do it. I personally dropped 30 pounds and reached my natural target weight when I first started doing it, and I wasn't even trying particularly hard to moderate my diet during that. For individuals who lead largely sedentary lives (likely a large portion of the people reading this), it's a godsend.

One other interesting thing that won't appeal to everyone but definitely was amazing for me was the original game's music that was produced by Bemani. Playing it as a teen was what got me into hardcore/rave music. A lot of cool lore and stuff to delve into with that.